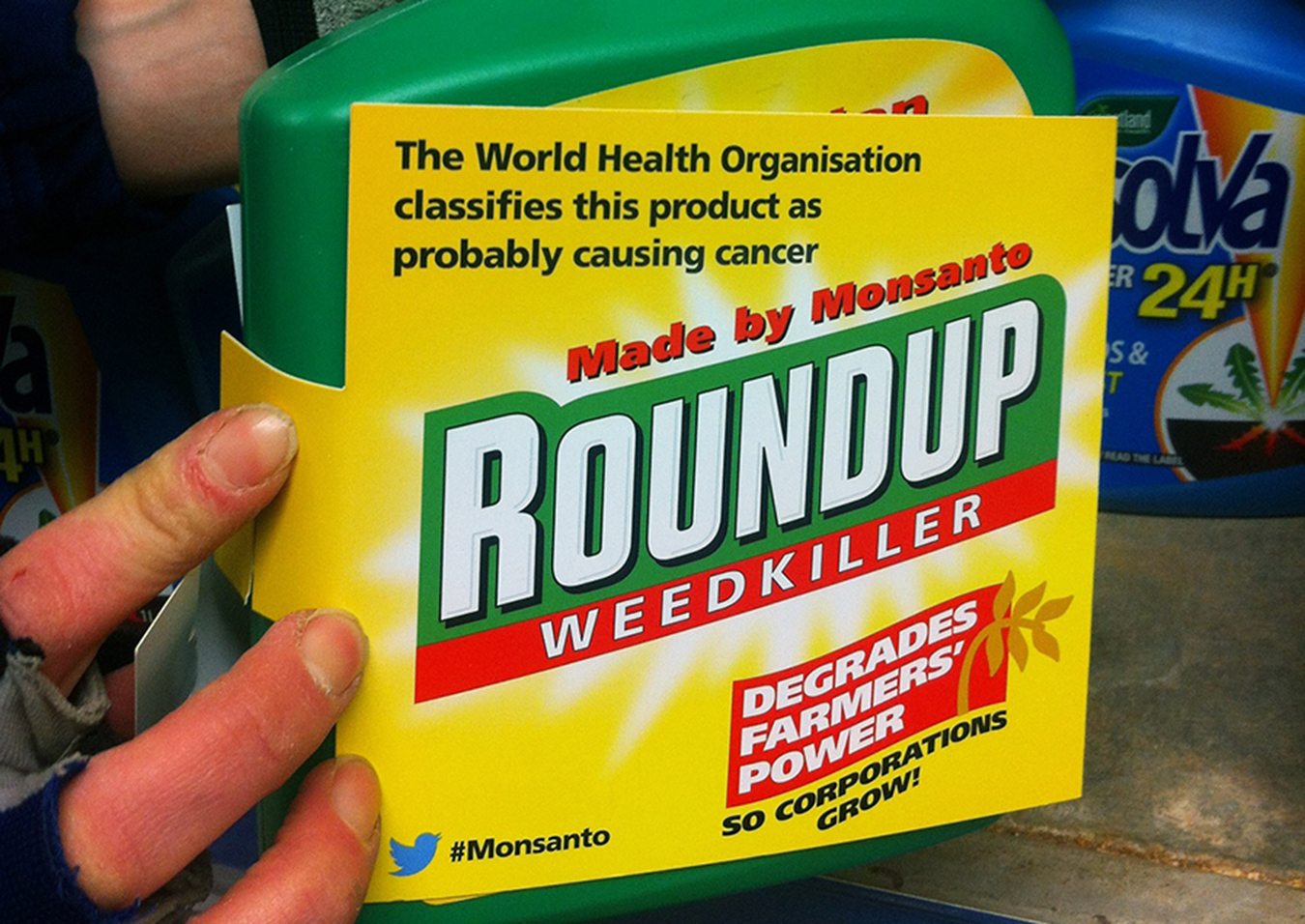 Glyphosate is the world’s most widely used weedkiller, and Roundup makes up a third of Monsanto’s total sales. It is so ubiquitous that surveys show almost all Europeans have significant traces of the substance in their bodies. Results from the urine samples of 48 MEPs last month showed that all had glyphosate traces in their bodies, with the average concentration being 1.7 micrograms a litre, 17 times above the limit for drinking water.

With ongoing controversy over the health risks of glyphosate, there are some serious concerns about its impact on biodiversity, with evidence of glyphosate having detrimental impacts on the honey bee, monarch butterfly, skylark and earthworm populations, and posing a threat to the quality of the soil.

Although in 2015 the World Health Organisation stated that glysophate – the key ingredient in Monsanto’s Roundup weedkiller brand – was “probably carcinogenic”, the UN’s Food and Agriculture Organisation and the W. H.O’s recent co-analysis conveniently found that glyphosate was “unlikely to pose a carcinogenic risk to humans from exposure through the diet”.

These findings are unlikely to satisfy campaigners furious about the collateral damage that blanket spraying of the product on GM crops causes to nearby plants and animals. The Global Justice group has begun a “brandalism” campaign over the issue and activists across the UK have been relabelling bottles of Monsanto’s weed killer Roundup.